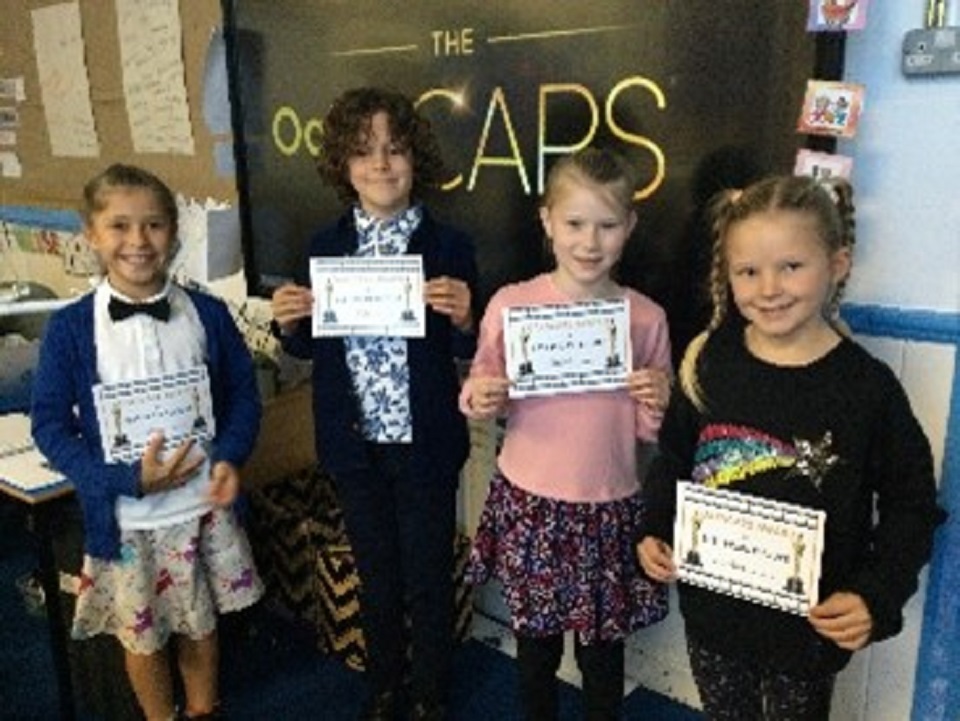 Oak Class created their own films linked to their work on Anglo Saxons. They then had an award ceremony (The Oakscars!) After walking down the red carpet, they premiered their films and received awards. Writing scripts for the films was a wonderful tool to motivate the children with their writing.   The films showed the models of the Anglo-Saxon houses that they created in groups.  During the making of these houses the classroom was filled with straw!

Miss Baseley was very proud of all the children and feels we have some documentary makers in the making!  We are hoping to pop a couple of the videos onto our website for everyone to enjoy!